The University of Oklahoma: A Driving Force in Racial Overstanding

By the host, Matt McKay

If you're wondering about the headline, overstanding is correct. Not overstanding in that Brian Bosworth way. Overstanding is what my Jamaican friends call understanding. Same way a dedication is, instead, a livication.

Precisely because of that attitude, being with my Jamaican friends is one of my greatest pleasures. In fact, I've always enjoyed being with, studying about, listening to, and overstanding the experience of, black folks. Not just there, not just here, but around the world. There are four primary reasons for this.

1) They are wonderful people

3) My parents didn't stop me from having black heroes

4) The University of Oklahoma presented me with black heroes

Every subset of humanity has a few bad apples. Wanting to learn about other people seems a simple extension of the concept of walking a mile in another man's shoes. If my parents had a problem with me listening to James Brown, or wearing a Greg Pruitt football jersey, they didn't say it to me. And, they were right in there celebrating with me every time Ray "Sugar Bear" Hamilton made a tackle, or Kenny Pope snagged an osky.

When I realized attending Wisconsin and playing hockey for Badger Bob was out of the picture for me, there was only one other place to consider - OU, where the football program was dominant, the girls were hot, and the boys were cool.

Once on campus, if you were willing to be outgoing, there was every manner of individual to meet. For the first time in my life, I met, and made friends with, classmates who were Muslim, Jewish, Colombian, Japanese...they were all beautiful people, and we were all interested in learning about, and getting along with, one another. In other words, I gained experiences and developed relationships that made me who I am today.

So when I saw the video of OU SAE's happily singing their shocking song of exclusivity and the art of lynching, I felt fury, embarrassment, and disappointment, accented by a dash of expectation. I'm certain the nasty little song is an SAE tradition, seeing as how the fraternity was established at Alabama in 1865 and boasts of its antebellum roots. Furthermore, I can't find the research to back it up, but I believe this is the third time the OU SAE’s have been shut down since I went there in the early 1980's. So, SAE's getting in trouble is nothing new.

It's also old news that racism is alive and well in this country, particularly in the former slave states in our union. If you come from a school district or system in Dallas, Texas, that’s 99.5 percent white, you’re probably not going to know anything about black people at all, other than you’re going to have suck it up to beat them in sports.

What we saw on that bus was further evidence that racism is taught. My parents were by no means liberals or social progressives - I remember sitting at the bus stop one morning in 1968 and having to admit they didn't vote for Nixon or Humphrey, they voted for Wallace. But they did not stop me from hanging out with black people, getting to know black people when the rare opportunity arose, or having black heroes. In fact, it's probably safe to say my generation of Oklahomans was the first one *allowed* to have black heroes.

Which set the stage for OU to work its Sooner Magic.

I loved Greg Pruitt. The Selmon Brothers. Billy Sims. The list of great black OU players is long and glorious, primarily because it began recruiting and playing blacks in 1956 when Bud Wilkinson’s teams didn’t have to. They did it because it was right, and it was time. And they were smart enough to realize if they didn't integrate, they'd soon be getting their hats handed to them by schools that had. By contrast, Texas' 1969 National Championship team was all-white. Rest assured it will be the last one of those.

Just last week I set up my sophomore-in-college daughter and her roommates - one of which is African American - with the information and background they need to go, see, and overstand, the movie "Selma." As I spoke, it wasn't lost on me that my knowledge of Selma didn't come from my Oklahoma junior high school, or even high school. The Putnam City School District taught me about the Golden Spike, and Teapot Dome, and the New Deal. I learned about Selma in my U.S. History 1865-Present class, with over 500 freshman  classmates at OU's Dale Hall.

OU is where I took over 30 hours of U.S., French, World, and African History, with future OU head football coach John Blake and utility man Derrick Crudup in the latter class. In that class, I learned about the Mau Mau, Steven Biko, Kwame Nkrumah, and Pan Africanism....we read Ngugi's "A Grain of Wheat" and Stanlake Samkange's "On Trial For My Country." I learned about white “settlers" and “explorers,” and realized they were really invaders and conquers, because how can you discover a land with people on it? I learned the church destroyed the indigenous social fabric as it existed prior to white incursion. I learned that studying history meant coming to grips with history. I was encouraged to think for myself, and got better at it. I formulated my own opinions, and made my own friends.

So, when you think of OU, don’t think of those segregationist, uninformed frat boys. Instead, think of ol' Matty, and U.S. History 1865-Present, and Kwame Nkrumah. With any luck, all those former OU SAE’s will, at some point, use this episode as a breakthrough experience. Hopefully, they'll graduate somewhere else. And, if they do it right, they'll have learned something about overstanding on their way. #rahoklahoma 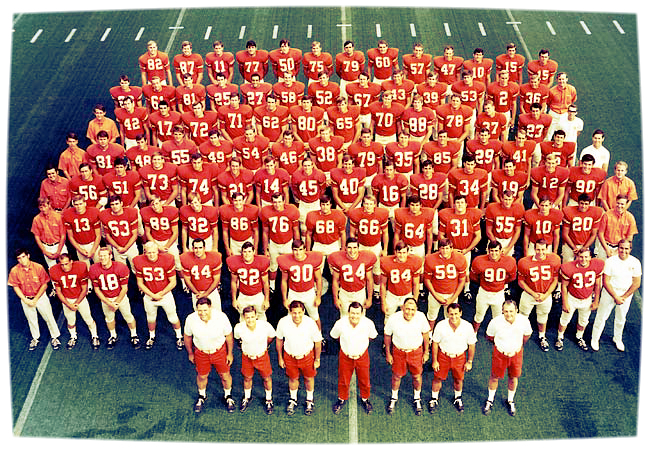